"If you can walk, you can dance!"
Valina Polka's dance lessons
part of Das Ist LustigLLC

Dancing is her love.
Teaching is her thrill.
Seeing her students learn it; That is her passion.

Valina is energetic, positive, disciplined, encouraging and patient.  She teaches what she likes to call "Bar room" style polka, waltz, and schottische lessons.  Her proven method of teaching is progressive; beginning with very basic steps, then building on that foundation until she can polish the end product.  She has a knack for understanding problems students have and helping them find ways to improve.  Her method builds the confidence her students need in order to feel great about what they do on the dance floor.
She also teaches German and Dutch folk dancing.  With a dance background encompassing most of Europe, the British Isles, Scandinavia, Eastern Europe, Western Russia and even some Fillipino, she can teach basics from many cultures.

Team Building:  Folk dancing builds camaraderie.   Working together on something besides a tedious office project is often the creative boost needed to get things moving along again.  It's also great exercise for mind and body.  Get your office moving again with happy colleagues.  Consider folk dance lessons for a few weeks leading to a company party.  Give your employees an hour a week away from the daily grind.

Private or group lessons available at your site.  All you need is a large room with a smooth floor, comfortable shoes and some friends to dance with.  We'll bring the music player.
The more, the merrier.  Call or e-mail for price and availability.  (Area code 713) 598-8317  or  valinapolka@yahoo.com


The Siemens Transformer Division had an Alpenball celebration at the end of their annual conferences for 5 years.  Colleagues, Clients and spouses were invited.  From 2008 - 2012, Valina and Ross taught polka and folk dances to prepare guests for the party.  Each year, the classes grew, and engineers who were sure they could never dance have found they are quite good at it.

Clements, Deer Park, and Kingwood high schools have all placed in the top 5 at state for best German folk dance group in Texas in 2011, 2012, 2016.  Clements placed 1st at state in 2013, Kingwood placed 1st at state in 2016.  Valina's former Deer Park students have graduated high school and began teaching as well.  Their groups are also placing in the top 5 from 2016 - 2018.   Valina often invites her former students to perform for functions where Das Ist Lustig is performs.

With the help of her dancing mother, Valina began taking ballet and tap dance lessons at the age of 3.  At age 7, she joined a children's Dutch folk dance group, learning basic folk steps with others her age.  She even organized, rehearsed and performed a Dutch duet at her Elementary school honoring the school's namesake. (This was probably her first attempt at coordinating an act for the stage.)  She joined an adult Dutch folk dance group with her family when she was 11.  With this group, she learned partner dances, new steps and styles.  At 18, she travelled to The Netherlands as an exchange student.  There she joined an International folk dance group and began learning many difficult and intricate passages.  She moved from beginner to advanced in weeks, and just six months later was invited to join the performing group for a show before the end of her school year.  Upon returning to Texas, she reunited with the Dutch group, joined a Renaissance festival Irish group, a Russian and Ukranian group, and a German folk dance group.  During this time, she learned many new figures, steps, dancing styles and performance techniques.  German is her favorite style.

To this day, Valina incorporates Dutch and German dances with her band.  Since 1997, she's performed as a professional German folk dancer at festivals and corporate events.  She has been teaching "bar room" and folk dancing for all ages and private lessons since 2004.  She began teaching school children in 2007, and high school German club dance groups in 2008.  The results have been impressive.  So far, her dancers have placed in the top three in Houston.  In 2011, one of her teams was top three at state.  In 2012, two of her teams were in the top 5, in 2013, one of her teams placed first at state.

Exercise, fun, learning about and respecting different cultures, teamwork, lasting friendships, building self confidence and expanding horizons is what folk dancing is all about.  Valina can teach nearly anyone to dance, one step at a time.


Valina and Ross taught dance lessons at the Mollie B Polka Party at the Sokol Hall in Ennis, Texas, Friday, Saturday and Sunday mornings from 10am - 11:30am.  Each day, they went over the basics of polka and waltz, then added a specialty for the day.  The following is the schedule they provided: 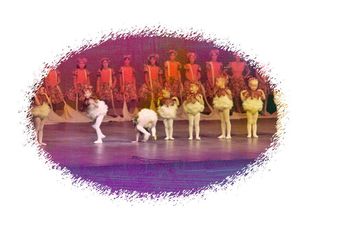 Here's the evidence that the first stage show didn't go as choreographed. She kinda did her own thing... The other girls are just looking at her like "what the animal cracker does she think she's doing? That's not part of the dance!" She was 3. 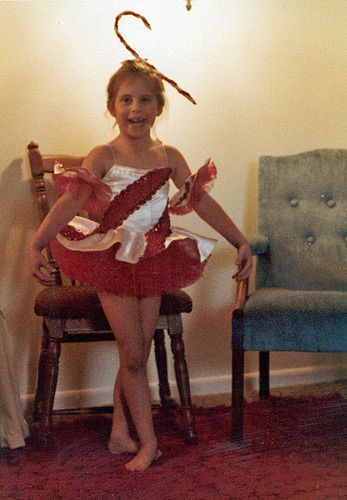 Ready for a recital at age 5. The candy cane on her head proves why she doesn't get embarrassed about what she's wearing easily. 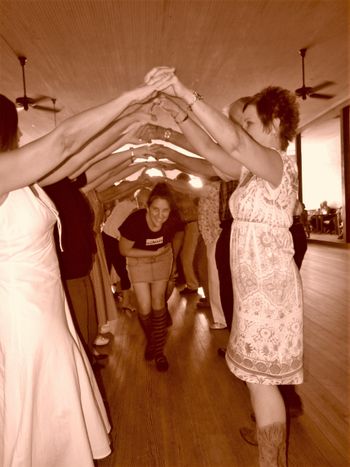 2008 at Sengelmann, teaching elements of the Grand March. A bit more refined by this time!